Volleyball is a nerdy sport. I don’t care what you say about it, it’s nerdy, trust me.

I don’t like it, I want to change that.

The Regina Volleyball Club hasn’t been the Volleyball powerhouse that I thought it would be. We’re trying to change that. We (along with three other awesome coaches) are coaching the youngest age group in the boys category possible, we’re trying to get kids involved early. Our theory is if we get them playing and loving Volleyball at a young age, they’ll keep with it, play more and more and grow into talented Volleyball players.

On the road to making things awesome you’re going to have good days and bad days. Just ensure the former out way the later.

Each year for the past four years we’ve coached two teams together, we practice together but go to tournaments as two different teams. My team looked great the first day of provincials, we went undefeated. Then the second day we were upset the first game in the morning, we lost out. It was devastating, I felt terrible. But, our sister team, the Goats made a run and won provincials. Pretty awesome for those boys!

You’re always going to have setbacks, it’s how you deal with them that matters.

Moral of the story: on your road to changing the Volleyball community you’re going to have set backs, don’t let that deter you or make you lose momentum. Use set backs as a sign you’re on to something. 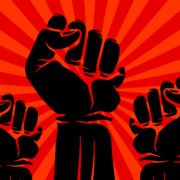 How To Save Money On Groceries and Drugs

There’s No Such Thing As a Neutral Brand Impression 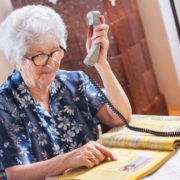 The Day The Phonebook Died

Education is Broken, Let’s Fix it – Episode 13 of #Inthelab
Scroll to top