What’s The Worst That Could Happen?

What’s the worst that could happen?

My first year of running Volleyball camps was a stressful one. I had been coaching for a few years and recently had joined the Regina Volleyball Club board. There were lots of complaints about the camps held on Sundays. Coaches not showing up, telling parents the wrong address, etc. I thought, “I can make sure none of these mistakes happen!”

I’m going to the first session I’m leading. I double check the address; I wasn’t going to make the same mistakes past Volleyball camps had made. I ensure the other coaches are coming and I go twenty minutes early. Just to make sure.

No matter how much you prepare, mistakes will be made.

Turns out, I gave the parents the wrong address. The one job I had to do, I did wrong. It was the worst thing that could happen.

I wanted to just leave and pretend it didn’t happen. I wanted to sit in my car and cry. But none of these responses were going to solve my problem.

Doing difficult things teaches us that we’re more capable than we realize.

I quickly emailed all the parents the right address. I sent the other two coaches to the right address and had them start without me. I stayed at the wrong school to greet all the families personally and tell them face to face that I was an idiot. I had made a mistake.* 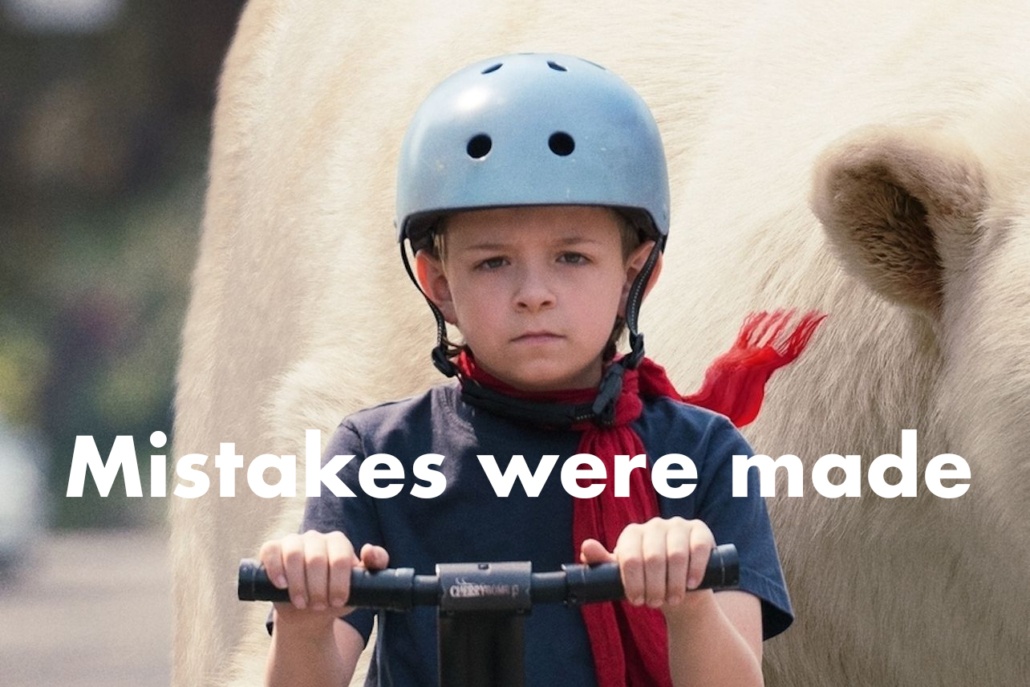 And… No one cared.

Two hours later when parents were picking their kids up, no one said a thing. I thought I had made the biggest mistake you could make and the parents did not even care.

Maybe we overthink all the bad things that could happen. Maybe we even overthink how others will react when we do.

Mistakes are the best teachers.

Sometimes making a mistake is the best thing for us. After that fateful Sunday where I accidentally sent parents to the opposite side of Regina, I didn’t have any Sunday that was even remotely close to as stressful as that day. I never made that mistake again for the next four years. I always prepared for the worst and it never happened.

Trying things you have never done before can be stressful, but generally it’s a good kind of stress. The stress that instructs and teaches. Even if you fail when trying something you’ve never done before, you learn something new. It can feel comfortable not to try new things and to never be stressed out, but that’s not how life works. Those who avoid stress will sure find it eventually in life. Stress is much easier dealt with when we’re young.

It’s better to “practice” those stressful situations as much as possible so we get better in time.

No one remembers the crisis, they remember how you handled it.

Once you deal with a crisis and come out the other side, generally no one cares. They don’t remember the mistake, they remember how you handed it. When bad things happen don’t dwell on them. Acknowledge that it happened then ask yourself, “what do we want to be remembered for?”

Bless be our mistake.

What Do You Do When You Don’t Know What To Do?

The Sun Will Come Out Tomorrow: a message to business students and teachers Scroll to top