In episode 47 of #inthelab Conrad and Braedon are talking about that elusive concept called opportunity. Not everyone gets it. Not everyone is so lucky. If you are to have opportunity knock, well you know what to do, open that fricken’ door with a smile on your face and a warmth in your heart!…..Or something like that. 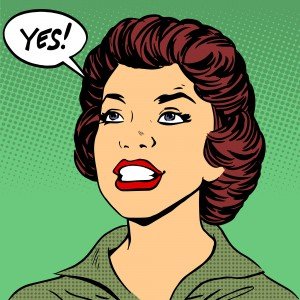 Conrad talks about how he never was involved at University a couple years ago. Last year at 5 Days For The homeless, Braedon reached out to Conrad to be a part of the event. It turned out to be one of the best decisions of his life. Conrad had a blast there, and started learning more about what Braedon did at Strategy lab. And then of course two months later Braedon is asking Conrad to come to work and try it out for a week. The rest is history.

That moment when you have a chance to say “no” and you say “yes” instead, is the moment you start to change for the better.

You never know what you’re saying no to. You never know what could happen, who you could meet or what opportunity you’re passing up. Conrad attributes a lot of his current happiness due to the change of his mindset to trying to say yes more. Without that moment of saying yes to Braedon, Conrad may not be here today.

Braedon is a part of Hitchhikers Improv here in Regina. The classic art of theatre based around the concept of never stopping a scene on stage. you have to keep the scene going even if you disagree with what’s going on. Improv is great training for public speaking. Thinking on your feet, encouraging those around you, and trying to create laughter. What a great skill-set to be learning in 2016.

What To Do About The Struggle [a letter to entrepreneurs]