The Plasticity of your brain

Steve Jobs talked about it, the best educators understand it, and it’s a powerful fact rarely talked about. The fact of the matter is you can learn new things and change the makeup of your brain well into the later years in your life. The “plasticity” of your brain refers to its ability to change it’s makeup.

Whatever your brain focuses a lot of time on, your brain will build up sufficient muscle around that particular area. Whether it be conscious or subconscious, you’re constantly making your brain smarter or dumber(if you’re not doing anything of future benefit to your brain).

Common knowledge has always been, what you’re born with is what you get! So if you were born “dumb” or didn’t have a good upbringing, you’re destined to fail. Wrong!

It’s those who realize that they can learn, practice and teach themselves many different skills and ideas that begin to truly flourish in life.

Learning doesn’t stop after highschool or university. This is how our society has been brought up. You go to school, learn, then get into the real world and work till you retire, then die board to death.

What if that’s the wrong way to think about it? What if we were meant to learn throughout our life? What if there isn’t a hard and fast “way” to do it? What if we could keep learning and adapting as we go becoming increasingly more valuable with every new experience?

You can learn anything

Yes you can’t go to the NHL after a certain point, the physical nature of the sport will hold you back. But that doesn’t mean you can’t train a coach, assistant coach, be a trainer, etc. It’s all in your mindset.

We’re great at telling ourselves “we can’t”. “That’s impossible!” a small part of our brains are extremely protective over what we can and can’t do. We love to quit before even trying, after all that is easier. 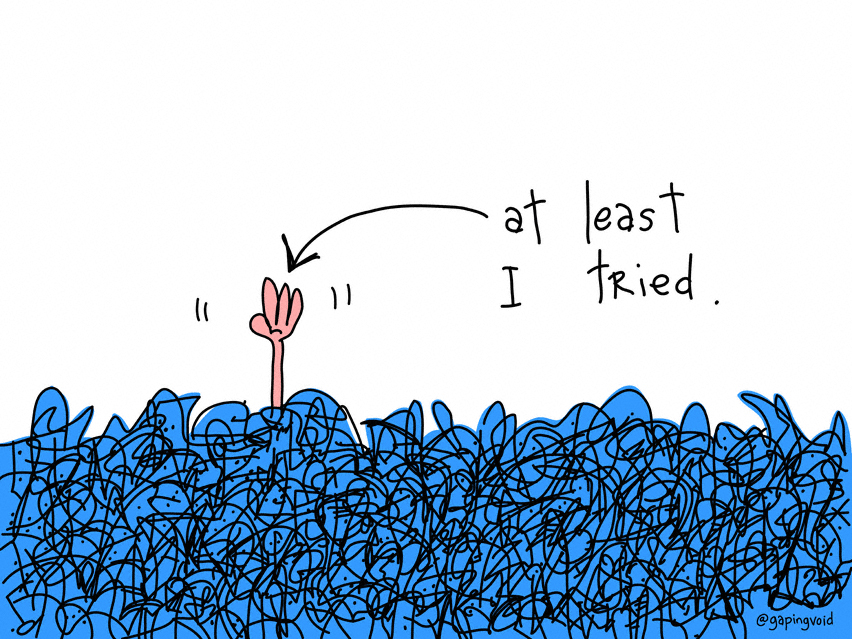 See this print at GapingVoid.com.

Start thinking the opposite. Start thinking you can do anything you want. It’s difficult at first but it’s the same idea as affirmations, the Tony Robbins’ system or “The Secret”. A positive attitude can literally move mountains.

I love the jobs quote from Steve Jobs:

Remember, anything is possible.

From 8 of my favourite books comes these inspirational quotes. From shipbuilding to eating order, you’ll find a beautifully selected cross section of smart, inspiring and quotes that simply make you smile. Enjoy. 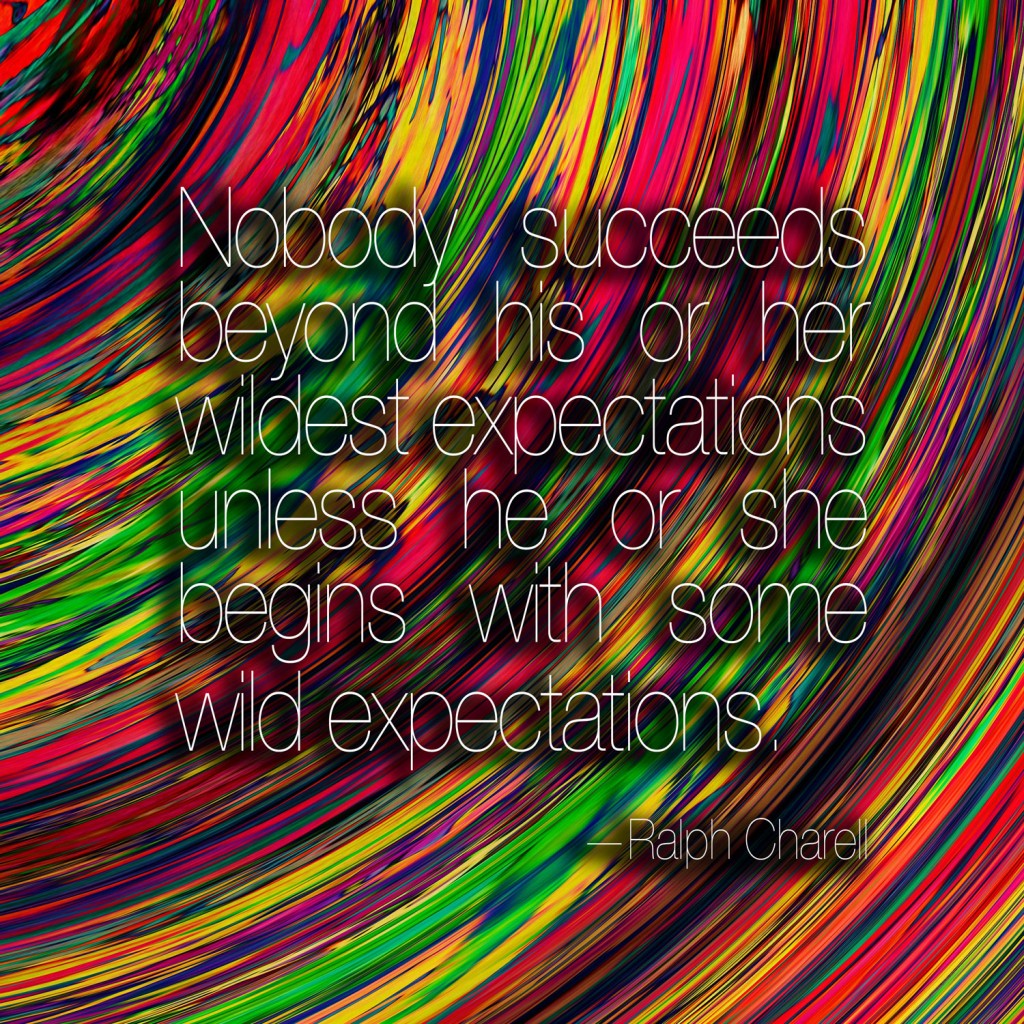 I love this quote because I think most people are driven to shoot for the moon. They’re told to have a modest life, sit in a row, do what your told, don’t talk out of line, and hopefully after 13 years of this they’ll want to work in a factory taking orders from people in big offices. Well it turns out that’s no fun, especially for those just starting at the bottom of the totem pole.

Have a vision, have a big hairy audacious goal, have something! Go on now, create your wild and crazy expectation.

END_OF_DOCUMENT_TOKEN_TO_BE_REPLACED

In Harry Potter The Prisoner of Azkaban, there’s a scene at the lake where dementors are about to kill Harry, Hermoine and Sirious Black. There are too many dementors for Harry to defend against.

Just when you think all is lost, all of a sudden a Patronus appears from the other side of the lake and staves off the dementors.

Harry believes it’s his father who cast the Patronus charm and saved them.

Some time later in the movie, using Hermione’s time-turner to go back in time, they go back to the lake where supposedly Harry’s father saves them. But what they find is Harry’s father doesn’t show up. So who saved them?

It must have been Harry. But he wasn’t powerful enough, or so he thought.

He didn’t think he had the power to do it, but because he’d already seen himself do it, it wasn’t impossible anymore.

Visualizing, affirming, positive self talk, there are many ways to help yourself do this in your marketing, business and life. Sometimes you must believe in yourself to do the impossible, otherwise how else are you going to achieve your goals? Just like Harry did.

How many major moments in your life would have been much easier if you would have saw yourself doing it perfectly in advance?

The only thing they can’t be is more passionate than you.

Whatever your thing is, nobody can be more passionate about it than you.

You may never be as smart, as strong, as fast, as spiritual, or as rich as the next person. But you CAN be more passionate about your thing than anyone else in the world.

When you say I’m too busy you’re making an excuse. You’re prioritizing in your mind, you’re telling yourself you couldn’t possibly do one more thing. It’d be too much, you couldn’t handle doing any more.

You’re telling yourself a story to justify how busy you are. It’s a defense mechanism of the lizard brain to protect our primal self from the uncertain outcome of whatever it is you’re too busy to do. Sorry to burst your bubble but everyone is busy, you’re not special. I’m not saying I’m immune, I’m saying this is something we all need to desperately work on, our success depends upon it.

The only difference between really successful people (who weren’t just lucky) and regular people is that successful people have figured out a way to do more. They work harder than the rest. They regularly commit to things beyond their capabilities. They stretch their personal boundaries enough to be out of their comfort zone a lot, that’s where the major learning lies.

The easiest way to help yourself is by helping other people.

The next time someone asks you to do, join, or be a part of something and you want to say “I’m too busy” ask yourself if you really are too busy.