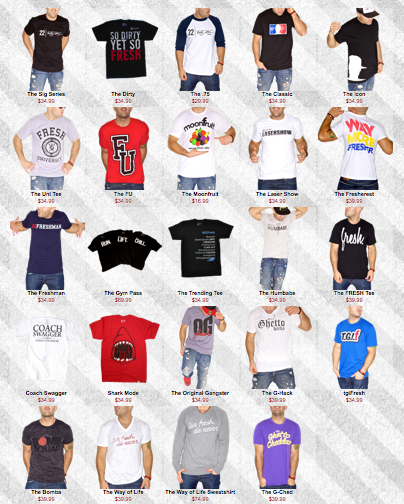 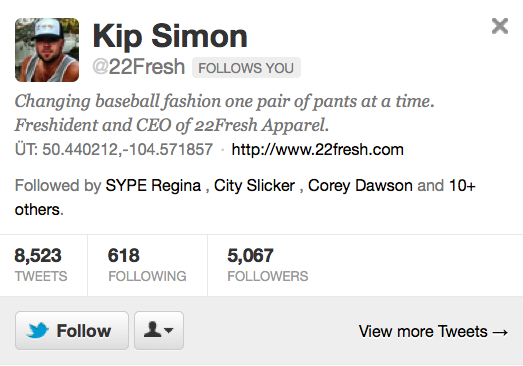 When I first started in social media years and years ago Twitter was the big emerging platform. Many people listened on Twitter, few participated. One of those local people who was talking to people on Twitter was Kip Simon or better known as the company he founded, @22Fresh. In 2012 I even interview Kip on the Podcast I used to do, here that episode here: Regina’s Great Bambino.

What started as a small sports brand that made baseball players look good in a uniform would grow into a behemoth that has had superstar athletes wearing the shirts, hats and pants of a new generation.

22 Fresh has always been “cool”

They once did a Twitter themed shirt with hashtags all over it. They’ve always printed on high quality materials and designed in a way that makes people say, Daaaaammmmnnnnn (in your best Will Smith voice). Because its “cool” and printed on high quality material you would assume it costs more than the average clothing purchase, but it’s not outrageous like some boutique clothing brands. 22Fresh is still very affordable to the washed up weekend athlete.

One day scrolling through Twitter I saw some angry little elf called out 22Fresh on Twitter for being over priced and not worth it. Having a lot of respect for Kip I DM’d him on Twitter asking if he saw the Tweet and what on Earth he was going to do about it!! His answer blew my mind and would help me at a time when I was frightfully worried about what other people thought about me.

“Jeph, do you honestly think I have time to worry about what the haters are saying? I have more important things to do.”

Wow. I never saw it coming. How brilliant. Why would you worry about what other people say? Why would you read a message from a stranger and take it to heart? Kip didn’t. He was doing the important work of growing the company.

I don’t think I’ve ever openly thanked him for that moment, so thanks Kip!! Much appreciated!

If you’re doing important work you’re bound to run into people who dislike you for whatever reason be it jealously, insecurity, or ignorance. Stop listening to what people you don’t care about say, Kip didn’t listen to those people and look where he is today.

“Ignore the haters, you’re not the Jackass whisperer.”