What did you fail at this week?

When you ask someone what they’re failing at, the typical reaction is silence. People don’t want to talk about failure! In our team meetings, every once in a while we get asked this question. Our natural response is to think about what’s going wrong, and if we even want to share it out loud. However, when we think about it, the team is here to support us and give us a safe space to fail! In the book Be Fearless by Jean Case, there’s a portion that talks a lot about failure. Written are different examples of unique perspectives on the topic:

The Case Foundation publicly published “The Painful Acknowledgement of Coming Up Short“, explaining how after they’d put in long and hard efforts into PlayPumps, an initiative to get clean drinking water, they failed. As a result, they received phone calls and emails from people across the field, thanking them for owning up to their failure. This grew into gatherings of “fail fests,” where partners come to talk about their failures. The outcome continued to snowball, eventually changing the way they assess their work by implementing a green-yellow-red scale:

• Green: things are humming along.
• Yellow: adjustments are needed.
• Red: an effort that may fail.

One year, the foundation saw no red, which raised concerns. They discussed it with their team, saying that if there wasn’t at least some red in their portfolio, they weren’t being bold enough.

The X Project, led by Astro Teller, spends most of their days trying to fail. Rather than to avoid the mess and pretend it’s not there, they want to make it their strength. They often break things once they have the means to, creating a safe place to fail, sometimes even receiving promotions when they end a project. Teller did a Ted Talk on this, taking you into his world of experiments and safe failing. 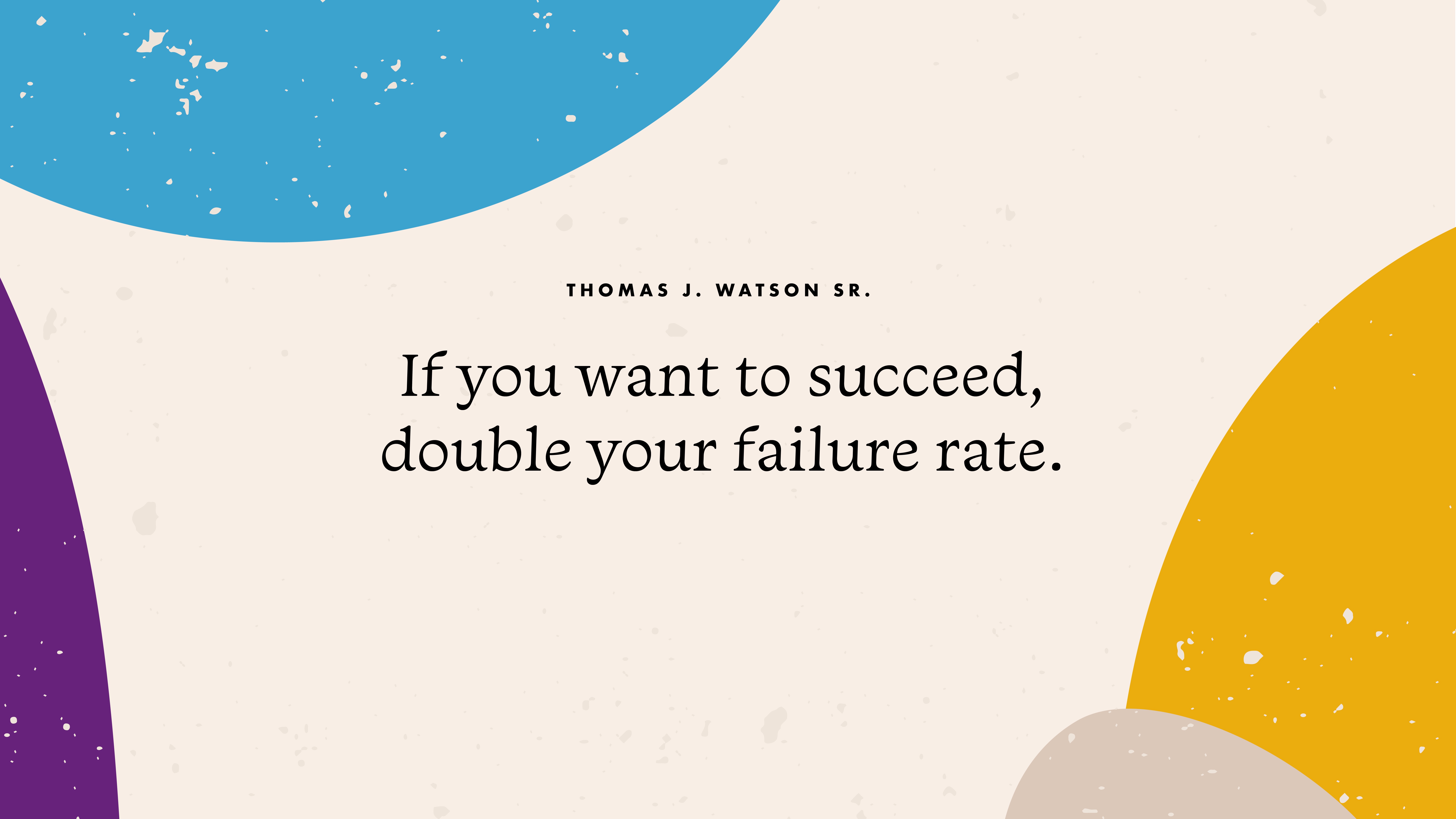 After the Great Depression, Thomas J. Watson Sr., the founder of IBM, was counting on getting a million-dollar contract. The salesman he had hired to secure the deal failed, so he returned to Watson with a resignation letter. Watson listened to him explain what went wrong, but gave the salesman back his letter. Watson said he couldn’t accept it, since he viewed the experience as a million-dollar investment into the man’s education.

Reading and learning about these events and more really sparked a new perspective on failure. The point isn’t to glorify failure, but instead to acknowledge that achievements usually follow it. We all know one thing for sure: that failing sucks. Still, the more you do it, the more success you will have. Create a safe space to fail around you. It’s a learning experience that you can share, measure and from which you can grow, for yourself and/or others, now or in the future.

So, I have to ask; what did you fail at this week?

The Sun Will Come Out Tomorrow: a message to business students and teachers