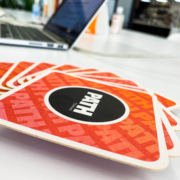 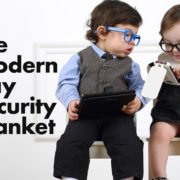 Have you ever been out in public, bored or not knowing what to do and your first reaction is to grab your phone? You do it all the time. On dates, with family, during meetings, that device is becoming the death of you.

Just like any child you need to understand what you’re doing so eventually you can leave your security blanket behind.

I really encourage people in our office to turn off notifications on their phones. All that beeping and buzzing is annoying, really think about what those notifications are. Facebook? Instagram? Snapchat? Email? Really what you’re doing is getting small shots of dopamine to your brain, it’s exciting, it’s verifying you’re “cool” but how much of it is just noise?

END_OF_DOCUMENT_TOKEN_TO_BE_REPLACED

Growth, experiments, and a whole lot of page views! The 2015 wrap up of Strategy Lab Marketing, the little marketing engine that could do the impossible!

1,242 lottery tickets given away

END_OF_DOCUMENT_TOKEN_TO_BE_REPLACED 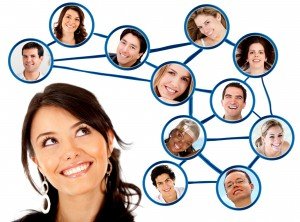 Almost exactly five years ago, I was playing cards with some friends and talking about business school, careers, and how to be successful (according to one of its many definitions). One of the friends in attendance, already a successful businessman (or as Jay-Z would say, a successful business, man), decided to chime in when someone mentioned their plan to accomplish their business goals and land the job of their dreams by “networking”.

Having already made his first move toward the door, on his way to conduct a 12:00am conference call, his voice of reason exclaimed:

This simple explanation made sense to me and I knew it complied with what I truly believed. I was forced to eat some earlier words and was provided with a new perspective. Since then, I’ve swung almost completely to the relationship-building side of things to the point where uttering the word “networking” leaves a foul taste in my mouth. Now, five years later, it’s plain to see that the vast majority of valuable friendships, mutually-beneficial business deals, and  progressive idea sharing partnerships have come from relationships built on trust and shared value rather than from shallow networking touch-points.

I don’t doubt that you have had a similar revelation; instantaneous or gradual. I think many people have and I think that this is great and a rite of passage of sorts.

But now there’s a problem.

The same businesses and careers that were built by relationships are now turning to social media and online strategies to create loosely connected networks and flimsy touch-points. A person sending an email to a business or business professional is met with a reply from the business or professional asking them to contact them via a website or preferred social networking platform. Requests to a small retail store for more information on the sizing of a clothing item are left unanswered. Words of thanks go unnoticed or simply feed a business’ ego.

The worst mistake a business or professional can make is taking the social media/online plunge and forgetting that everyone touched is a real person.

Instead of spreading yourself thin and neglecting real people in order to adopt an outside-in promotional/customer recruitment approach, blow those closest to you out of the water with your service, your level of care, and your product. Adopt on inside-out approach, wow those around you, and then look outward.

These are my thoughts. I’d love to hear yours.

Sssshhhh! It’s time to acknowledge that the days of simply asking questions, sharing quips, and doing giveaways on your business’s Facebook page are over.

If you’ve continued to rely on these tactics, I’m sure you’ve noticed plateaus or stagnant engagement.
If you haven’t and things are still rolling smoothly, think of just how much more effective you could be with some smarter posting.
We all know it was Steve Jobs who said, “Stay Hungry. Stay Foolish.”
This is a case of staying hungry and looking for ways to constantly improve but staying intelligent while doing so.
Here’s how: 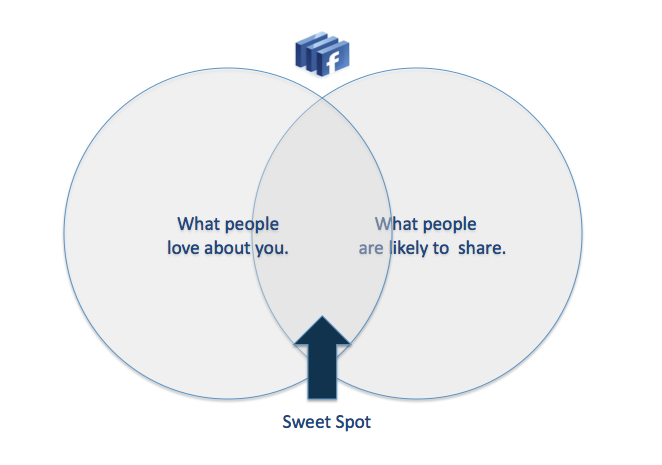 2. Recognize what people are likely to share: The average post is seen by 16% of those connected to your page. In order to increase this, you’re going to want to focus on the virality of your posts (shoot for 1-2% for post). Virality depends on people sharing your content. Pay close attention to what people have shared from your page in the past and focus on how your posts appear on the News Feed NOT on your own page. The News Feed is where people are most likely to see your post.