No You‘re Not An Entrepreneur, You’re Part of a Pyramid Scheme 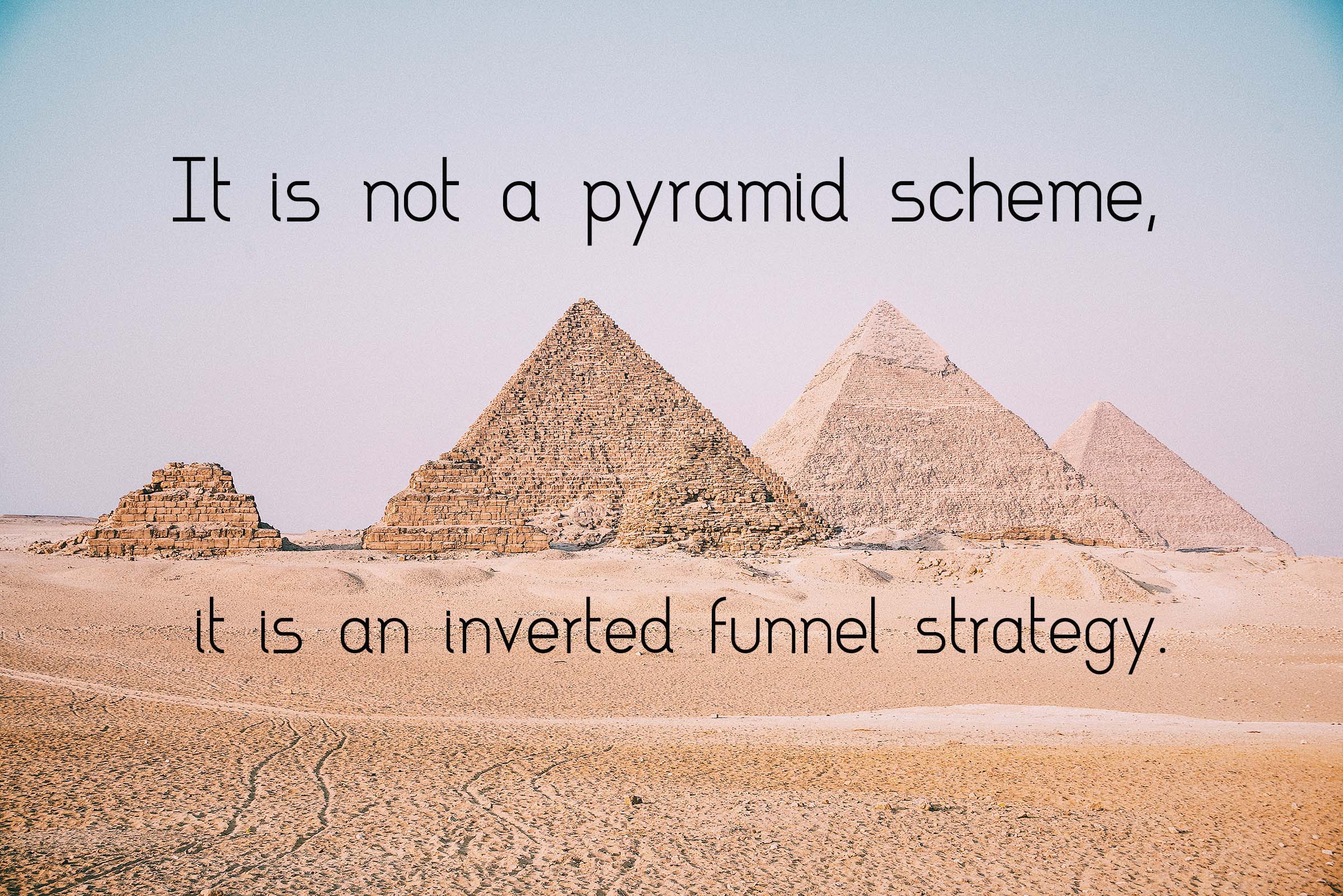 When you were young and someone pitched you a brilliant business idea, you sort of just had to believe them. There was no Internet to verify their claims, there was no Google search to determine if what they said was true. You could sell snake oil and you’d have buyers and by the time your reputation caught up with you, you would already be miles away, having moved on to the next batch of gullible schmucks. I remember years ago, I encountered a slick talking sales guy selling Rider football packages at Boston Pizza. For a very enticing price, he claimed you’d get food, booze, and transportation to the game and back. What a deal! Well, this fast talker eagerly took our money… and was never seen again. I don’t trust fast talking sales folks anymore.

It’s hard to trust someone trying to “sell” you something

They’re probably making a commission off of you. I’d much rather talk to someone who has just purchased what I’m interested in, someone not affiliated with the company. Sales have existed for years, but never have we had a tool like the Internet to verify, compare, and find better options than what you’re being sold.

My family was bad for multi level marketing schemes

My extended family fell for a bunch of these MLM scams. A new wonder product was on the market and my family couldn’t resist. From a green “wonder drink”, a digestive cookie company, to a Zapper, these companies preyed on vulnerable people who didn’t know any better. These types of companies still prey on the same types of vulnerable people who want the riches that come with high levels of sales. The problem is, most people never make the sales levels needed to even make a decent income, let alone a lump sum to help in retirement.

You trust people until they give you a reason not to, then you distrust EVERYTHING they sell

My family bought a whole bunch of this stuff until one day we found out the Zapper was a fraud and the company was exposed. Buying products from family members just was always weird after that moment. Luckily, it taught me to question people when they say things that sound too good to be true, because that’s how they get you. Promises of “risk free” investments, or “guaranteed returns”. Make “passive monthly income”, make “money while you sleep!”.
These are all phrases that should make your bullshit detector go off like an air-raid siren.

Red Flags to Warn You of a Pyramid Scheme

You’re not an entrepreneur, you’re a part of a pyramid scheme

Even when confronted, he barely wanted to tell me anything. But I did manage to coax out enough information on the scheme he had been roped into to know exactly the brand of bullshit he’d been recruited for. He mentioned working on making “passive income” where he’s going to be making money while he sleeps. Apparently, an ex-Roughrider football player was involved (like that was a big selling point). That’s when I knew for sure the wool had been pulled right over his eyes. He was part of a pyramid scheme.

I was heart broken. I couldn’t believe this well spoken high school kid had been lied to so maliciously. He had been suckered into a multi level marketing company where he sold products and recruited people to sell products under him, for a cut of the sales. Classic inverted funnel strategy.

Young people are vulnerable, the lower income population are more vulnerable. Really, everyone who wants to make lots of money with little effort is vulnerable. You can learn all about who is attracted to multi level marketing schemes from the documentary Betting On Zero, the Herbalife story.

If you’re still in denial about the existence of Pyramid Schemes, listen to what John Oliver has to say about them.

How Powerful Is Your Mind?

My Favourite Reads: 50 of the Best Books On Business
Scroll to top